A Stonehouse-based company is giving itself a bumper 40th birthday present of £600,000. 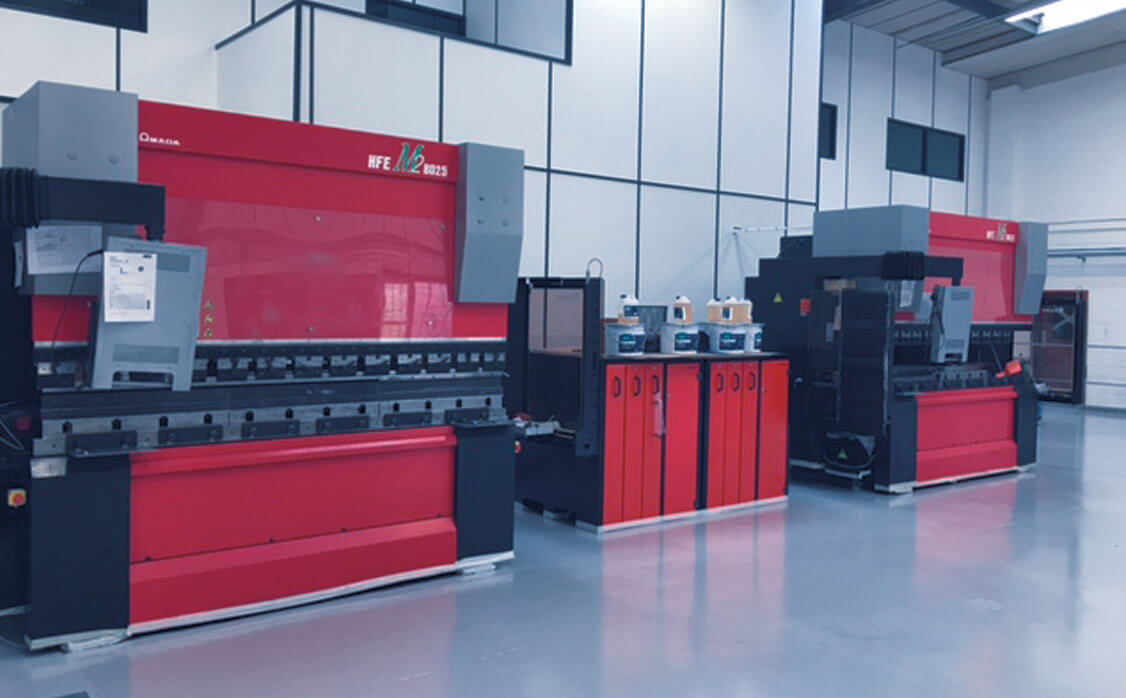 DKM Sheetmetal, which employs 45 people at its Oldends Industrial Estate base, started back in 1979 with just six staff in 1979. It has grown from a company that occupied just one of the units at Oldends into one that currently needs 10 - and it's not finished yet.

To celebrate its landmark anniversary, the company is taking its investment in new machinery to in excess of £2million in the last two years. It is splashing out £600,000 on new automation equipment and technology that will allow it to work faster and continuously over a 24-hour cycle.

And it is planning to add to its workforce too. For the past three years DKM has taken on manufacturing apprentices and expect to appoint new staff in the coming year to help with its 24-hour production.

That all means it's a very different company to the one that started out with big ambitions 40 years ago. "We have grown from 3,000 square feet and six staff to our current site of 30,000 square feet and 45 employees," said managing director Steve Hearn. "We run 24 hour shifts now and our turnover is around £5 million. We are a very different company. "If you say DKM to many buyers and former employees they will just think of unit nine where we started out. Well, now we have units one to nine."

S Hearn led DKM's transformation after being part of a buy-out of the company from its previous owners in 2004. He works closely with co-owner Guy Goring, whose initial investment - as well as his ongoing support - was key to the transformation. They now work with companies such as Vodafone, and BT - with whom they designed a cabinet to ensure 4G mobile coverage could be rolled out in rural areas and while investment has been key, Hearn said that the true success story behind the successes of the last 40 years is down to the people the company employ.

Their talent and a forward-thinking investment strategy has turned the company from a loss-maker, into one that can now service multi-million-pound clients. Hearn said: "We are very proud of our strong and successful engineering team. We pride ourselves on encouraging fresh new ideas and talent, as well as nurturing time served craftsmanship. Right from the start the emphasis was always on reinvestment. We have always aimed towards the latest automation and technology. We also place a strong emphasis on apprentices."

To go alongside that investment in plant and people, time and effort has been spent on the look and appearance too, through new branding and a smart website. Steve's son Sam Hearn joined his dad three years ago after finishing his university studies and helped with the refresh - right down to cleaning the factory units.

Steve Hearn added: "A lot of people perceive fabrication companies to be dark black steel and dirty, we couldn't be further away from that."